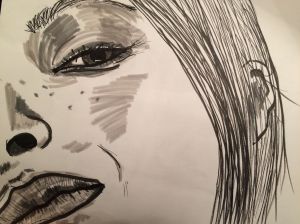 A poet named Sheree Mack was just caught with plagiarized poems in her book, ‘Laventille.’  Write Out Loud, where I read about this, has included some correspondence from the poet talking about how she kept densely composed notebooks with prompts from workshops, among other things, and that these rough workings were simply not adequately labelled.  When I read what she said, I found it compelling, and thought how easily this could accidentally happen.  But when I read examples of the poems, and saw she was a PhD, I found her explanation strained credulity–for one thing, to have re-written someone’s entire poem, while not a bizarre or rare exercise, might, I’d guess, entail also having the original copied out so you could refer to it.

Should we leave her alone?  What do you think?

Was it inadvertent?  Was it intentional?  Would crediting the original authors have been enough?  I’m sure she is embarrassed and horrified, not to mention that her rep is mud.  Is that enough?  Apparently legal action is being considered.  But are our words this precious?  Yes, you might say, we build our reputations on them.  Or, conversely, you might argue, Who do we think we are?  We’re here for (approx) 70 years, a blink, a wink, and more words will pile over top of our words in short order.  It just doesn’t amount to a hill of beans.

4 Comments to “The Plagiarist”