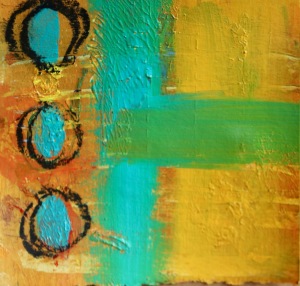 Some of her anecdotes, though, have been hard on me.

Some anecdotes Carmen described are similar to ones I experienced. In particular, I remember one night where my ex raged and stomped so hard and long that I, terrified, locked myself into my office. This infuriated her and for about 4 hours she pounded the door. That night, I thought she was going to kill me; I didn’t know whether to call 9-1-1 or resist (I’d been warned off it by my lawyer who said the cops wouldn’t support me; in the end, there were about 5 times I needed police or ER help but didn’t call because of that advice). In ‘In the Dream House’ Carmen says that if there had been a gun around, she’d have been killed by it. Me too. I’ve been relieved I lived in Canada, where household guns are rare. That night, I gauged the ridiculous awning windows we’d had put in that opened only about 8″–wondering how I could slither my fat, disabled body out onto the second floor roof. My ex carried on for so long and at such volume, pounding the door, yelling abuse, wheedling, that eventually I had to pee into my coffee cup, and when I did, a pure vein of hatred for her erupted. I had never hated her before. I didn’t again. That’s what Machado understands. She gets it when you are too beaten down for hate. Hate is beside the point. Horror, incredibly sadness, the fall-out of love’s betrayal, the realization you could die–those are what replaces hate. My ex finally stopped trying to pound the door in and things grew quiet, but that was the most ominous thing yet–had she quit? was she waiting until I turned the knob?–and I went back to shaking and waiting, waiting. Waiting for what I didn’t know. Waiting for something to happen.

A few Christmases ago, two fathers in BC killed their families over the holidays. We like to think of familicide as uncommon, but it isn’t. The next fall, I started a book that takes place 10 years after a family homicide. I’ve been considering this novel as my winter rewrite (I work on several). Like Carmen’s book, oddly, it is written in fragments. And it’s illustrated. (Or at least I have envisaged it as such.) I decided to just write a novel I wanted to write (and read). This is how my experimental ‘The Grey Closet’ came to be.

Now I’m going to crawl into bed with the last third of Carmen’s luminescent masterpiece.