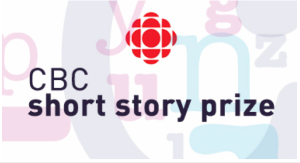 The CBC announced the longlist for this year’s CBC Short Story Prize. I was pleased that my story “The River of Running Sand” garnered a nomination.

“The River of Running Sand” is set in northern Thailand at a human zoo where tourists come to gawk at hill tribe villagers.  The protagonist is a teenager longing to emigrate to Canada, but she is kept stateless, without papers, and can only emigrate for humanitarian purposes–or because she cheats her way out of the country.

The CBC Short Story Prize is Canada’s most prestigious award for a single piece of short fiction.

Just a reminder that I’ll be reading at Blue Metropolis in Montreal on Saturday May 3, 2014.  Also, there’s an award ceremony for my and Sarah Desrosiers’ CBC short fiction wins (English/French) afterwards; please RSVP to the CBC.

I am delighted to announce that I’ve been short-listed for the CBC Literary Award (there were a staggering 3200 entries).  You can click through from this link to find the 5 short-listed stories (word count a strict 1500) along with interviews with each writer, and you can vote for your favourite if you’re inclined to that sort of thing.  The winner will be announced in late March.