I’m hard into composition this week, trying to crack open a roadmap to the memoir, here at the (perpetual?) start to draft 3, which is really going to be the third-go at a draft 1. Once I get that infrastructure and feel it’s working, I think I’ll feel released, but I’m not there yet. I was reading this morning about research that confirms that autistic brains are 42% more active than NT brains, and this doesn’t surprise me. But how to capitalize this extra brain power to create a work that is readable, compelling and fresh?

Are you an autistic writer? How does this work for your brain? I find I’m all about complicating things unnecessarily, because the *entire* story must be told. Which isn’t what a book needs, of course.

An interview with author Jordan Rosenfeld 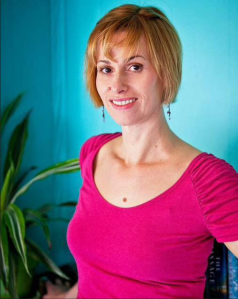 I was delighted when Jorden Rosenfeld, novelist and writing-guide author, agreed to be interviewed here.

Jordan, you’ve published two novels, ‘Forged in Grace’ and ‘Night Oracle.’ Can you tell us a little about each of them? How did you conceive them? What was your path to publishing? With whom did they come out? What was after-publication like for you?

Hi Jane. I’ve actually published three novels, the latest, Women in Red is published by Booktrope, a hybrid press I’ve really enjoyed working with—quality team, I was very happy with the people involved in making my book. The other two I published through a writer’s collective I co-founded several years ago called Indie-Visible, and I learned so much about publishing at the time and had immense support from this collective of fellow writers (though I have not much to do with its current, fabulous incarnation due to time constraints). Night Oracle was actually originally represented by the same literary agent who represents Gillian Flynn; she thought we had a similar tone and style, but ultimately the book didn’t sell in NY publishing despite some “wonderful” rejections. So I took Forged in Grace and Night Oracle into my own hands when I saw the magic and persistence happening in indie publishing. I think all of my novels are conceived out of the rich, bohemian, but also dark sensibility of growing up a child of the 70s to parents who grappled with addictions of one sort or another, drug dealing, multiple partners, etc, but were also passionately cultured and into books and art and film. Reading and writing were my escape. All my characters are fragments, I think, of my own fascination and horror with people and their secrets, their failings.

You’ve also published three guides to writing: ‘Make a Scene,’ ‘Write Free: Attracting the Creative Life,’ with Rebecca Lawton, and the recent ‘A Writer’s Guide to Persistence: How to Create a Lasting and Productive Writing Practice.’ Which is your favourite form to write in, fiction or non-fiction?

And again, I’ve also added a fourth writing guide, my latest from Writer’s Digest Books, co-authored with Martha Alderson, called Writing Deep Scenes: Plotting Your Story Through Action, Emotion & Theme. My heart, when it comes to writing, is fiction. I like to analyze the craft of writing and digest it for other writers, but I’m not really wholly myself unless I’m storymaking and playing with language. I’ve found the essay form to share some similar satisfaction, and I love the how-to, and analytical aspects of the other non-fiction but I’ll die a novelist first and foremost.

Where do you think most new writers run into problems?

Ten years ago, I’d say writers ran into craft problems like not knowing how to write strong scenes or develop compelling characters. Today I feel like writers run into the problem of rushing their work out for publication and many don’t even consider the issues of craft, so you get sloppy storytelling or incomplete characters.

What advice would you give them to get started?

To me starting is the easy part, it’s staying with it, being persistent, and really loving the craft (and your eventual readers) enough to learn to write and rewrite stories so that you’re not just settling for mediocre. In my book on persistence I talk about how necessary it is to find what makes you passionate about your writing so that you will be likely to persist with it, to treat it as a writing practice. Also, one of my graduate teachers said that the only way a story works is if your characters are real to you, living, breathing people, not simulacra.

What about that tenacious bear, the writer’s block? Do you have schemes to keep it from the door?

I don’t believe in writer’s block. I believe in fear, resistance, stubbornness, excuses, lies to avoid writing. The fact is, if you sit down and write something, anything every day, you’ll get through the block. The only real exception I’ve seen is if you’ve dealt with a huge loss; grief is a creativity killer sometimes.

I can’t speak for all writers and all MFA programs. I went through one—Bennington’s writing seminars—and on the one hand it expanded me in so many ways, gave me access to writers I needed to learn from, and forced me to work really hard, which every writer needs. In other ways, I think I so wanted to please my professors rather than write from my guts that I think I compressed some of my own voice out of my writing for a few years and honestly, I have rarely been able to write a short story again since I graduated in 2005.

Do you have any comments about the state of literature and publishing today?

I refuse to be a pessimist. Publishing is about dollars and business, and it will always be at the whim of the masses and the corporate bigwhigs. But literature is always sneaking out the cracks, and I am so buoyed and thrilled by the writers that I feel are my contemporaries and what they are producing; it feels like a revolutionary time to be part of any literary scene.

My Years As A Kleptomaniac by Jordan Rosenfeld 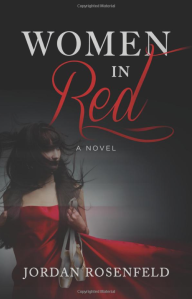