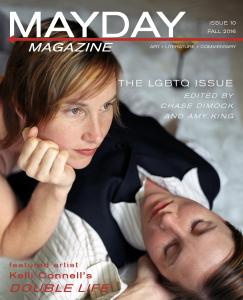 So pleased to be part of a group of LGBT writers in this issue of Mayday Magazine edited by Chase Dimock and Amy King. My story “Territory” won the This Magazine Fiction Prize in Canada in 1998, and later appeared in my short fiction collection HUNGER (2002). So many wonderful literary artists to check out.