Writing While Queer: It Matters 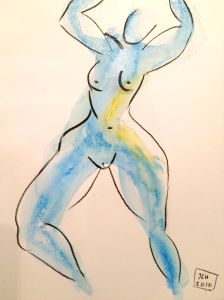 Over at The Atlantic, Gabrielle Bellot reminds us, now during the Trump age, of how important it is, it continues to be, to raise our voices as queer writers. “The killing of trans women,” she reminds us, “is in the news so often I’ve come to expect it.” We have always pushed against bullwarks of oppression. Early writers had their texts challenged–publishers wouldn’t publish them, communities banned and burned them, writers went to jail for them. And yet when I was trying to come out in the late seventies and early eighties, these books became lifelines, like rope swings I could jump on into the possibility of a different future. We’re not there in that future yet, as any queer writer will tell you. Not even in Canada. Our books are not published and celebrated in the way that books by other communities are. How we are side-lined has changed and grown more subtle and our rights and visibility has increased, but side-lined we still are.

I published a novel this year that was called a “tour de force” by the Vancouver Sun, yet dismissed by the Globe by centering the sex in it. Do I claim it as great literature? No. No other Cdn sources reviewed it despite it appearing in NY’s Time Out as a best summer book. It can’t actually exist as both a tour de force and not worth reviewing.

The dissonance is wearily familiar to queer writers. I’m exhausted by the rejection, by my traditional lack of access to this country’s power structure. The little sniff, the little nose wrinkle, the burying, is an historically common reaction to queer texts. Not on merit you don’t, straights seem to say. The “we published queer writer X last issue” comments (we’ve used up our quota, sorry). We have come a long way but oh, we have a long long way to go.

Bellot says, “But at its best, and often in times of the deepest challenges and uncertainties, our literature has offered a vision to the world of the possibilities that may exist within each person, of our ability to resist and persist, of our ability to make and remake ourselves, even in the face of unspeakable pain.”

Queer Writers in the Age of Trump