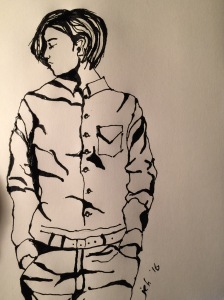 Kevin Hardcastle put together a list of Canadian short fiction available online; I look forward to dipping in. So many great authors! Something to take our mind off COVID-19.

Something to Read While You Isolate, by Kevin Hardcastle

Here is a reading of “Smiley:”

“The Lost Boy” won the CBC Literary Awards in fiction in 2003. It’s about the uneasy relationship between a child and her mom during the internment and is based on a family story:

“Territory” was the first prize winner in This Magazine’s short fiction contest.  It’s about a woman leaving her husband for another woman:

“Easter” is short fiction, quite short.  Truth:  An old woman lit her wheelchair-bound husband on fire for eating her chocolate Easter bunny.  The rest is made up:

“The Arrival of Horses,” a short fiction that first appeared in Seventeen Magazine, and later reprinted in my collection “July Nights,” concerns a family caught up in the on-going battle between ranchers and the BLM over wild horses:

The Arrival of Horses by Jane Eaton Hamilton

“Social Discourse: 1944” was loosely based on a real fire connected with Royal Oak Dairy in Hamilton, ON, and the injuries and loss of life sustained therein. I made the arsonist the secret homosexual lover of my gay uncle Gordon, which in real life he was not (although Gordon was gay, and the first gay person I knew).

Review of Hunger by Richard Labonte

The woman on the cover of this book is painted in vibrant tones of orange and red. Only one eye is visible, and it stares with an intensity that you feel might never quit. The other eye is obscured by her hands, clasped together in a vulnerable and disconcerting pose. And there, captured in the proverbial nutshell, are the stories contained in this excellent little collection. From the honesty, painfully contained and restrained, in “Accusation,” the opening story, where a woman tests the boundaires of her marriage when she draws her husband into her flirtation (read connection) with a younger man at work, to the closing story, from which the collection takes it title, where a manipulative lesbian lover physically and verbally intimidates her partner into staying with her, Jane Eaton Hamilton confronts the lies we may or may not choose to live with on a day-to-day basis.

Hunger is Hamilton’s fifth book, and the most assured foray to date into the genre by this multi-talented writer (she is a noted gardener and writer of poetry also). Her short stories have been nominated for numerous awards; they are included in anthologies; they have appeared in Best Canadian Stories and The Journey Prize Anthology, and in many literary journals, including The Fiddlehead. Hamilton has also been short-listed for the Best American Short Stories and The Pushcart Prize. Hunger was a finalist in the Publishing Triangle Awards NYC 2003.

The stories in Hunger are superbly character driven; the characters we encounter are not always lovable. At times demanding and selfish, they are searching for something more than what they have, and for that we find them interesting, perhaps even admirable. Hamilton’s wry observations on the human condition are poignant, and can be quite witty when they deal with those unfortunate lovers who are about to be dumped. In the darkly tragic, therefore slightly comedic (seemingly inseparable states), take “Goombay Smash,” one half of a lesbian partnership is desperately trying to keep the relationship together, and she takes both herself and her partner off to a gay resort. On the first morning, at breakfast, she is watching the other—apparently happy and contented—couples around her and tries to identify a common element in their seemingly successful relationships. She comes up with the wild notion that matching hairdos may be the answer to true coupledom bliss:

“Psst,” you say. “Marg, look over there.”
Marg says, “What, Joyce?”
You point out the women with the waterfall hair and try and explain about hair anniversaries, and how the two of you should get matching buzz cuts, but Marg just frowns and goes back to scraping out her grapefruit with a stumpy-handled spoon.

One of the most original stories is “Lifeboat” which, with complete clarity, catalogues the less than comforting reactions of a husband whose wife has lost a breast to cancer. She refuses to do anything cosmetic to disguise this fact, a situation he finds alternately selfish and frustrating, or gutsy and admirable. His life is significantly altered by his wife’s experience with the disease and the cancer machine of support groups, alternative therapies and the ubiquitous cancer convention. The author pulls no punches in her exploration of the husband’s character, yet we can feel sympathy for this man who cries What about me? The end holds a moment of redemption; anyone who has been there, cancer wise—done that, worn the t-shirt—with any member of her family, will certainly recognize it, and anyone lucky enough not to have been there will surely recognize and appreciate the sense of loss—acutely juxtaposed with the feeling of hope—for what might yet be salvaged.

My particular favourite in this bunch of marvellous incursions into the depths and occasional heights of human experience is “Kiss Me or Something,” the story of a gay woman who falls for a straight woman, or, as I prefer to think of it, the story of a woman trying on different identities to see which one best fits her. Unfortunately, when people experiment with people, someone usually gets hurt along the way, and this story reveals just how deep that hurt can be. The betrayal of one woman is presented to the other as a gift, as something that will bring them both closer together. As the relationship heads toward disaster, it is painful to keep reading, yet read on we must, just as the two women must keep up the charade between them until the bitter end. We may wonder at the cruelty of one human being who willfully dupes another, and we further wonder at the capacity of human beings to dupe themselves:

How could I resist her? She kissed my cheek and my chin, small adorable kisses, and I folded my arms around her, pressed myself against her still taut stomach, groaned.

“Please,” she whispered. “I’m so sorry. Please forgive me.”

Now I knew who it was, I wanted Dorianna in a territorial way. I wanted to mark her, claim her, leave my scent on her. Drunk and confused and overcome by instinct, I felt like an animal. I pushed Dorianna down on her bed and made love to her like a beast, without taking off my clothes, lost in a haze of insane, itchy carnality.

An instinctive response to loss and betrayal, drawn with the kind of honesty that Hamilton is able to wield, her stories chronicle lives we may find uncomfortably familiar.

“Most of the characters in “Hunger” – women and men, gay and straight – inhabit a world roiled by emotional turbulence. Love evades them; their relationships are disintegrating; partners betray them; their lives are defined mostly by loss, longing, confusion, uncertainty. In “Goombay Smash,” a Key West vacation meant to breathe new life into the dispirited domesticity of a lesbian couple instead disintegrates into days of wrong turns, crossed signals, long silences, and denied sex. In “Kiss Me or Something,” a lifelong lesbian disdains the cautionary fretting of friends, so sure is she that the once-straight woman who now proclaims a Sapphic love eternal will never leave her for a man. In this uniquely voiced collection, nothing about matters of the heart is easy, or obvious, or even settled. The magic of these 10 short stories, though, and of Canadian writer Jane Eaton Hamilton’s insightful, fluid – and often disarmingly witty – prose is that, in elegant, edgy fiction as in messy real life, sorrows of the soul are redeemed by a resilience of spirit.” —Richard Labonte

“Jane Eaton Hamilton is a superb writer. Those who know her deem her to be among the brightest lights on the Canadian literary landscape. Those who do not know this ought to read and judge for themselves. I wholeheartedly recommend her work.” –Joy Kogawa

“These stories will grab you by the throat and not let you go. Highly original, gripping, sharp and deeply moving, they deserve the prizes they have won, and those to come.” –Emma Donoghue

“Hamilton explores themes of longing and loss in the lives of lesbians, heterosexual men and women. …marvelously quirky. Hamilton successfully weaves humour with pathos in the lean, accomplished style reminiscent of short stories in the New Yorker.” —Nairne Holtz, University of Western Ontario

“A fine new collection, one that I highly recommend.”–Monday Magazine

“Hamilton makes captivity to her word-spirits seem, at times, preferable to mere liberty.  To favour one story says more about oneself than about the writer.”–Prairie Fire

“This is a strong first collection that will leave readers eager to see Hamilton’s next.”–Quill and Quire

“A disturbing pleasure to read.”–Toronto Star

“Crisp and clean, tender and dangerous.”–Paragraph